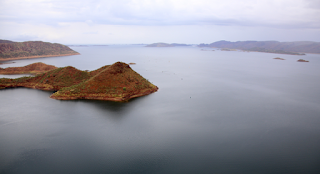 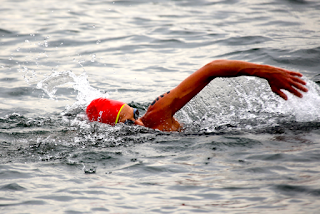 Breath-taking! Coach Sally powers along to 3rd place in the solo 20k swim!
Dear Swimmers
I'm very proud to present this race report from Coach Sally who's been up in the Kimberley this past week competing at the Lake Argyle swim…yes, complete with crocs! Apologies for the delay in getting this out to you, the team has had limited email connection, but thanks to Sally for the report and Rocky Sutherland for the amazing photos! I think more of us will have to go back next year! 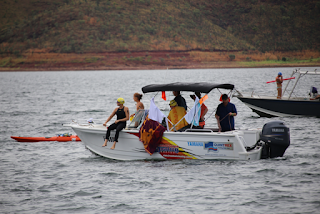 Winning team member Renee Waller prepares for her leg of the 20k "quad"
Sally takes up the story…
According to the Kimberley locals and regular participants of the race, the 2016 Lake Argyle swim will be remembered as one of the wettest, wildest and toughest swims in the history of the event. Conditions on the day meant times were significantly slower than in previous years. 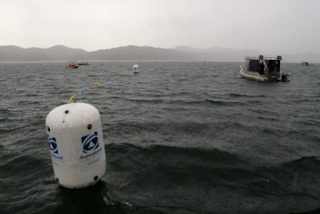 Stormy conditions before the start of the 20km
Despite the storm before the start of the 20km race and another during; swimmers finished with clear skies and flat water surrounded by the incredibly beautiful landscape that comprises Lake Argyle.
The majority of the Swim Smooth squad members who raced on Saturday found swimming in water measuring 30 degrees quite challenging. The transition from Open Water Swimming in salt water to fresh was also a concern for many. However; we had some awesome results! 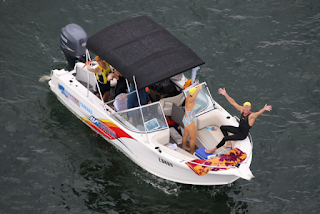 Mark Lewis - looking a lot happier than during a Wednesday morning Red Mist session!
20km Results
First place overall (5:21)
Quad team 'The Toad and The Gropers'
( Renee Waller, Mark Lewis and Steph Gaudin)
They battled it out all day with the second placed team and won by 18 seconds! 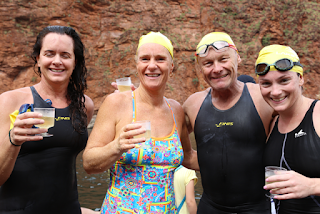 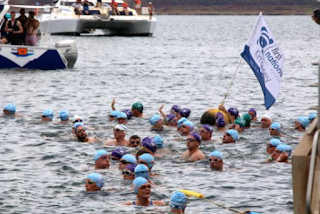 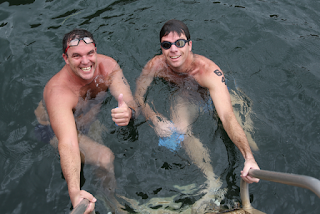 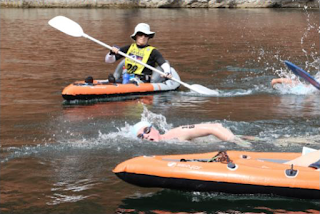 Coach Marie in support of Coach Cyndy - it's a coach thing! 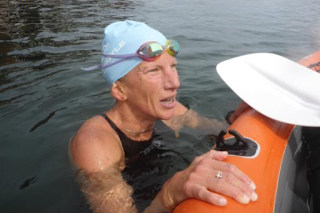 Cyndy - glad it's over! A marvellous effort!
Cyndy had a fantastic result despite battling nausea throughout the majority of the swim. Marie Hunter, who paddled for Cyndy did an amazing job of managing her through all of this and Marie's support and experience got Cyndy across the finish line at the front of the field. 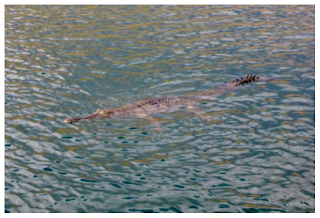 A local squad swimmer…
Well done to all! You've done the squad very proud! Thank you!
Paul
Posted by Paul at 8:08 PM