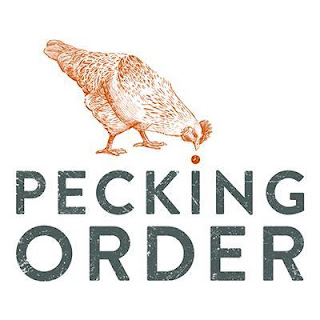 Dear Swimmers
It's been over 12 months since I've updated the squad's "Pecking Order", accounting for the typical two groups per lane and the new wait-listing system. As I will be away from late Tuesday 20th September until Saturday 1st October for my sister's wedding in Scotland, I am hoping this proves to be useful for yourselves as a "go to default" - as there have been some recent shifts - and also helps to show what current level of ability you're operating within when we set target times and cycle times etc.
Please check out the following link so you can see:
*of course, subject to the dynamic nature of some people attending and some not, others accessing the session via the waitlist etc, this is all just a guideline and your coach on the day will assign the best spot for you.
Here's the listing:
http://swimsmooth.com/pauls_images/Pecking_Order_2016_2017.pdf
As it turns out we only had 16 swimmers (from a squad of 271 active members) attend Saturday's free CSS Test session at Claremont Pool, so I think I am correct in my assumptions that we have moved on from this regular style of testing and that the frequent "testing sets" that we employ (often without you realising!) are great for allowing adjustments to be made accordingly. Well done to those of you who did it though, I hope the results and my explanations of those results afterwards proved valuable: 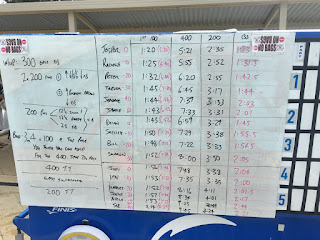 Lastly, when you check the Pecking Order listings versus the actual attendance for each type of session over the last 12 months (see below) you'll see just how dynamic the squad actually is and for this reason I really thank you for utilising the squad app to notify us when you will / won't be attending! There is of course always still the possibility of a busier than normal session (due to the legacy of offering permanent spots above the maximum threshold to act as a buffer prior to the new system), but by setting the thresholds correctly, out of 350 sessions last year, not once did we crest over this point. Good lane etiquette (as explained here: http://www.swimsmoothperth.com/etiquette) is always appreciated by everyone though of course! We're not racing for sheep stations after all!* 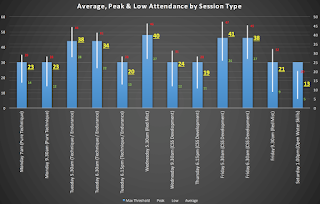 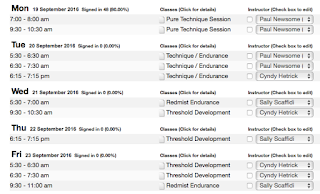 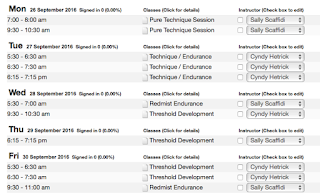 *on that note of racing for sheep stations, how's this? You're double Olympic Gold Medallist. Everyone comments on your razor-like focus and your "win at all costs" mentality. You've been accused of being "unsportsmanlike" for using a domestique on the bike, but in the Grand Final of the World Triathlon Series when you could easily claim the title yourself, you stop and pick your faltering brother up with 1km to go and haul him across the line so that he can take the spoils. Incredible. Check out the footage here: https://www.youtube.com/watch?v=AhXKjHKF64w - this is a champion personified. Alistair Brownlee, what a legend - teaching us in a nutshell Perspective 101 at the very highest levels of the sport. So next time someone ruffles your feathers in a Red Mist set, take a leaf from Alistair Brownlee's book, keep it real: 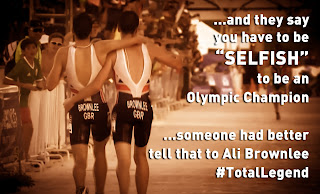