Coach Ross is going to jail!

Hope you're all doing well this fine, sunny Friday afternoon!
As some of you will know - especially those who swim in the Tuesday 6.15pm session - Coach Ross and his wife Mel have had a tough run this last 12 months with their twin boys being born at 28 weeks and then having spend the first 77 days of their life in the NICU at King Edwards. The family received brilliant care and attention through the Helping Little Hands Charity and so now Coach Ross is doing his thing to raise some money for the charity and he needs your help. Ross picks up the story...

On the 22nd of November I am going to be arrested and thrown into Jail and I need to raise bail money to be set free. This bail money will go directly to helping current families of the NICU and proving them with the much needed support they need at this time through the Helping Little Hands Charity.

As some of you might know this cause is very close to my families heart and mine as we have directly received much appreciated help from this charity.

Our twin boys Luke & Harvey had to be delivered at just 28 weeks gestation due to a rare condition called twin to twin transfusion syndrome. I remember when my wife Mel and I were first told about this, we were shocked and had no idea what road lied ahead for us. Even after having weeks and weeks of scans and conversations with the doctors and being told they could be early we really had no idea about the journey we were about to take. Absolutely nothing prepares you for the day when the doctors say your babies stand a better chance outside than in.

That began our 77 days of life at King Edward inside the NICU. 11 of the longest and hardest weeks we have ever endured as a family. Our boys were delivered barely over 1kg each and were the smallest most fragile little people you could ever imagine. Walking out of the hospital and leaving your precious babies behind is one of the most soul destroying moments a person can have.

We essentially had two families during that time. We had our two beautiful kids at home, who couldn't meet their new brothers and struggled with understanding on what was going on. And we had the boys fighting for their lives in the NICU, day in day out. We split our time as best we could, between home, work, and our new second home in the NICU with the boys, however a day did not pass where we didn't sit by those babies side hoping and praying that they would come home and join our family as soon as possible.

We were one of the luckier families who already had an amazing support network of family and friends to help, but it was still unbelievably hard. Without the additional help of Helping Little Hands charity And the amazing support the doctors, nurses and staff at King Edward, I'm honestly not sure we would have made it!

So please help me raise somemuch needed funds to help this charity support others that are going through what we did, or worse.

Please visithttps://www.mycause.com.au/page/190008/ross-robertson  to place a donation." 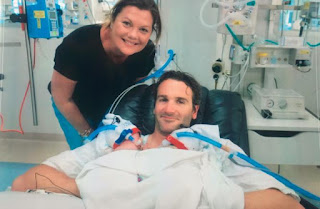 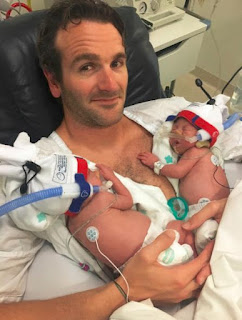 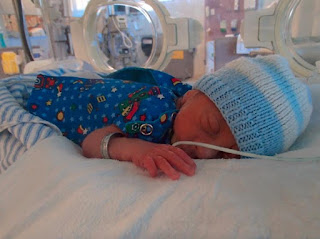 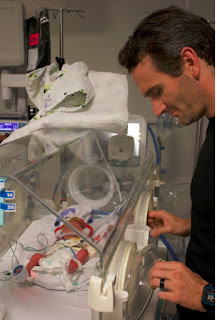 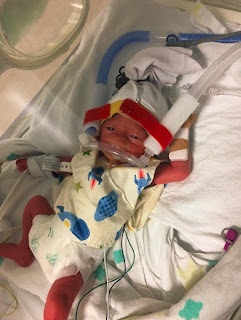