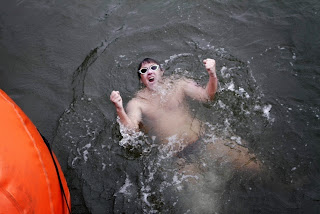 Just a very quick note and a couple of piccies in case you didn't see the report on Channel 9 last night that we won the 2013 48km Manhattan Island Marathon Swim!!!

I placed 1st overall in 7h14m and Ceinwen 4th overall & 1st female in 7h31m!! Lisa Delaurentis finished 8th overall and 5th female in 8h01m. As you will see from the official results:

...only 11 of the 42 starters officially finished the event due to a combination of extremely cold conditions in the water and a change in the tidal conditions midway through the swim from a later than expected start which culminated in most of the field having to be pulled out of the water and escorted by their boats 1km upstream to avoid the current. Andrew, Wayne and Geoff then progressed around the course with Paul D unfortunately retiring due to this incident.

More on that here:

I am personally thrilled to bits with this achievement and it far exceeded my wildest expectations! I want to write more on this later this week once I've had a chance to reflect and soak it all in, but a combination of the tough / cold conditions, good / consistent training preparation and getting into both a positive physical and mental flow for the entire day all played their part in getting me around the course in número uno position.

My support crew of Adam (flown in from the UK), Amanda (flown in from Perth), Evan (flown in from California) and locals Alex (paddler), Barrie (boat driver) and Hannah (observer) all played an absolutely pivotal role in this success and I could not have managed it without them. Thanks guys and thanks also to my wife Michelle and Jackson and Isla for all their support whilst Daddy did his training swims.

A special thanks once again to my absolute mentor and inspiration in marathon swimming, Shelley Taylor-Smith. Like before my English Channel swim attempt in September 2011, Shelley very kindly spent some valuable time with me going through what it might take to perform at my best around this course - one which she's personally won no less than a record breaking 5 times - that being said, I never truly believed I could win it, though Shelley had confided with Amanda (Nitschke; my awesome paddler, lifelong friend and squad member) that she had an inkling that I might - she knows her stuff and knows her athletes clearly!

Notably I managed to finish in front of 17 year old uber-fish Lochie Hinds from Sydney who was consistently training 3 times more volume per week than me for this event (120-130k .vs. 40-50k). I am sure the world of marathon swimming will see much more of this bright talent in years to come as he is very, very good, but it just goes to show that if you believe in yourself, your training and get the balance right in work, family and your sporting aspirations, who knows what can happen even on moderate training volumes and with a full time job and family.

Here's some pics courtesy of Trevor Collens from the West Australian (http://trevorcollens.photoshelter.com/) and our own Adam Young: 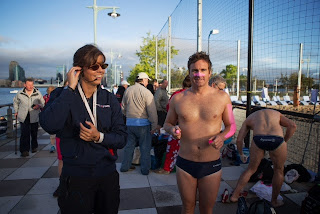 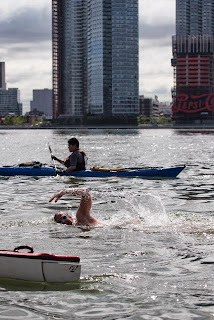 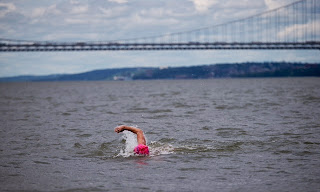 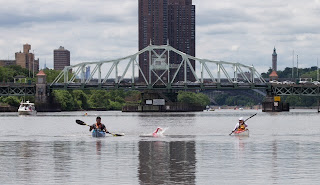 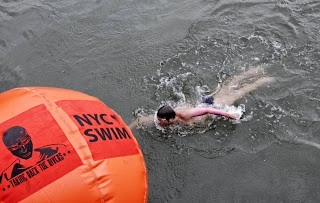 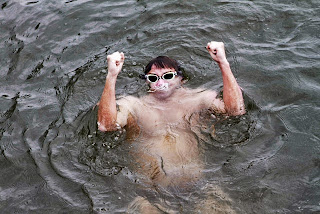 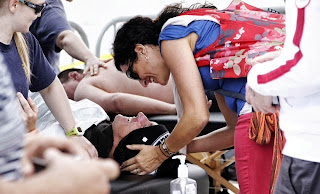 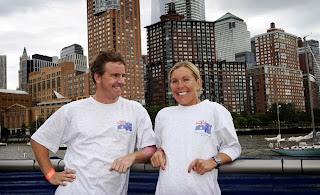 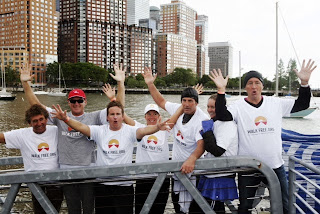